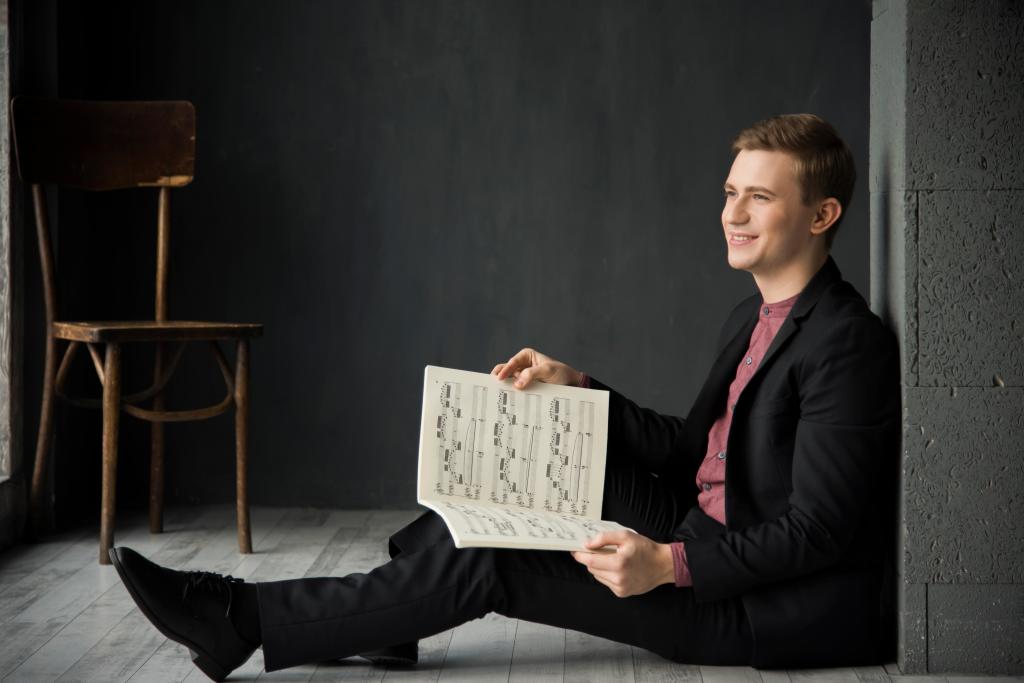 Dmytro’s debut album was released by Naxos in 2020, containing works from the 20th century by Debussy, Ginastera, Ligeti and Prokofiev. The CD received a “Supersonic Award” by Pizzicato magazine and was highly acclaimed by the international critics saying that “Dmytro Choni’s thoroughbred playing already possesses real greatness and ingenious breath” – Remy Franck; “The young man could be one of the 21st century’s most outstanding pianists” – David Denton.

Dmytro Choni was born in Kyiv, Ukraine in 1993. His first piano lesson he received at the age of four from Galina Zaslavets. Later, he went on to study in Kyiv with Nina Naiditch and Prof. Yuri Kot. He is currently studying with Prof. Dr. Milana Chernyavska at the University of Music and Performing Arts Graz. The young pianist also receives a scholarship from the International Academy of Music in Liechtenstein, and regularly participates in the intensive music weeks and other activities held there. Starting 2017 he is receiving grants from the charity foundation VERE MUSIC FUND. Dmytro has also received masterclasses from renowned musicians as Arie Vardi, Sergei Babayan, Pavel Gililov, Klaus Hellwig, Claudio Martínez Mehner, Grigory Gruzman, Aquiles delle Vigne and Yakov Kasman.

This website uses cookies to improve your experience while you navigate through the website. Out of these cookies, the cookies that are categorized as necessary are stored on your browser as they are essential for the working of basic functionalities of the website. We also use third-party cookies that help us analyze and understand how you use this website. These cookies will be stored in your browser only with your consent. You also have the option to opt-out of these cookies. But opting out of some of these cookies may have an effect on your browsing experience.
Necessary Siempre activado
Las cookies necesarias son absolutamente esenciales para que el sitio web funcione correctamente. Esta categoría solo incluye cookies que garantizan funcionalidades básicas y características de seguridad del sitio web. Estas cookies no almacenan ninguna información personal.
GUARDAR Y ACEPTAR
X
Ir a Arriba